Rockstar's GTA4 has included a Fusion Radio station,
that is what is so clever about this new Big selling game
it can include Music that a record Company would be scared of.

So as the Russian Ganster drives around Liberty City
a kind of Florida meets NYC
you can have top Fusion music on "Fusion FM"
from Jazz Funk Rock spectrum.

Real Funky Drummers on a 2008 game
that is the way to go.


And Billy Cobhams track from 1973 Atlantic WEA
with Jan Hammer & Tommy Bolin is on the playlist in 5.1

They do a big 4 or 5 CD later
of all the music from all the stations. 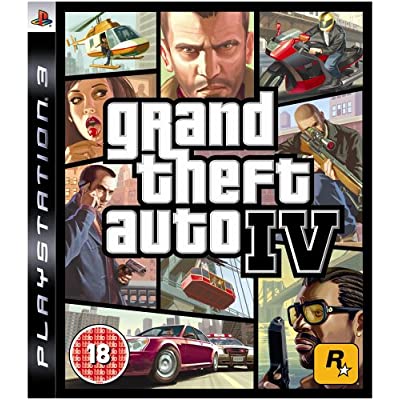 Good on the British /American/€uro team
that said lets have a Fusion Station.

I have heard Alphonse Mouzon licensed one of his tracks for this game too...you know something about that, Colin?

Cool that there's some great music on that game!

Niki wrote:I have heard Alphonse Mouzon licensed one of his tracks for this game too...you know something about that, Colin?

Cool that there's some great music on that game!

Not sure on that
Can not find his name on any of the listings
in the manual.

Maybe it is his Son - The Rapper on the game music?

What track is it?
I guess it is not from those cool 1970's Blue Note tracks.


Worldwide sales of this Adult Game
are bigger than Movies
so it should have cool Real Drummers on it,
in my view.

Even greater news if the artist's are getting royalties from this.


So Billy Cobham is with all the great Drummers
like Harvey Mason.

Many Stations
one even has Joe Walsh with his Guitar and Voice Box.

Quality Music
on the Biggest Adult Game out there.
That is selling out fast in the UK.


You can set the Radio Digtal Music sound
above the game sounds
so as you drive you have a surreal time.

Some young 18 year old players of this game will be Digging
for the first time,
Billy Cobham on clear Drums on 5.1
with Jan Hammer & Tommy Bolin.

This Jazz National Radio station
with Charlie Parker, Coltrane
and Miles Davis playing 1958-65 type jazz
even has cool Drum Solos in 5.1,
any other game has Computer Drum music.


This Rockstar International Team
has made new roads in getting Quality music to some of the
18 year olds that play this.
You can Drive Free (without any missions) , of course
with all that cool music on.

It sounds like this is worth buying just to hear all the great music.

It sounds like this is worth buying just to hear all the great music.

In a strange way it is.

This sytem of Music as you Drive on this Adult Game
works on Tuff Gong Radio
it played 'Chase Dem' -Stephen Marley.

It was so Funky Cool
I bought his CD 'Mind Control'.


I hope on the Next Mega game they pick another
Billy Cobham track.
And a Jimi Hendrix should be on it as well.