As I suspected, Modern Drummer Magazine has been sold, it's no longer owned by the Spagnardi family.

They currently are behind on producing a physical magazine, the last issue I received was the July 2021 issue.
I have email them recently and they have assured me that they are currently trying to "catch up" and should have the missing issues
out to subscribers soon. However, they still have no magazines out on newsstands, and who know when that will happen?

It remains to be seen what the future of Modern Drummer magazine will be.... 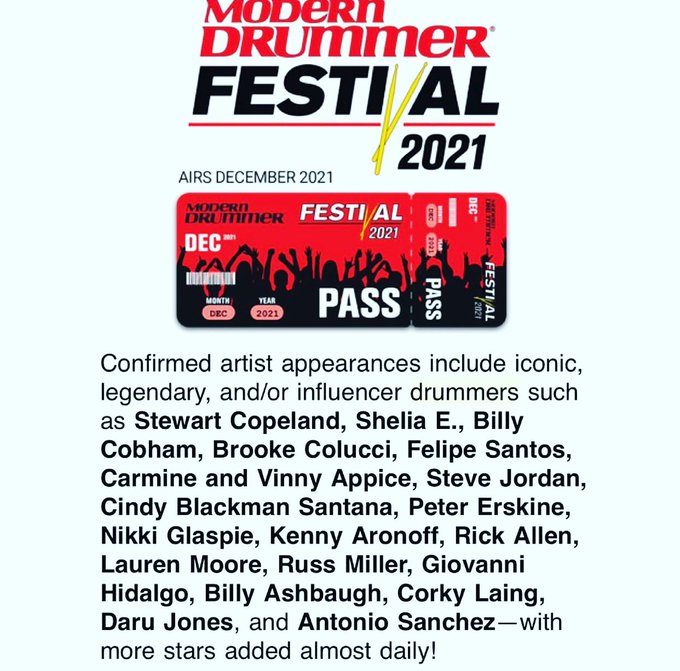 So far they sent me the July 2021 issue 3 times and I still have not received the August, Sept. Oct. & Nov. 2021 issues.
It still doesn't look good over there with the new Modern Drummer owners.
The return address on the package said Modern Drummer but it's a U.S. Post Office in Boca Raton, FL.
More info coming as I try to get my money's worth from what now seems like a failing business on it's last legs.